Start Your Quick Application by simply entering your email below.

to get you started with the BEST driving position ever!

Your information is 100% secure. We never share your info with anyone.

Learn How to Make More Money

For The Miles You Run, IMMEDIATELY!

Make Sure Your Sound is ON!

Enter your email address to move one step closer to a new career with the Best in the West!

Your Information is 100% Private & Secure.

I would like to Thank you for visiting our page and congratulations on being one step closer to Driving Success Home!

Everyone here at Andrus appreciates you and we are honored you are here!

A History of Achievement and 50 years of Success.

Please take a moment to read this letter. 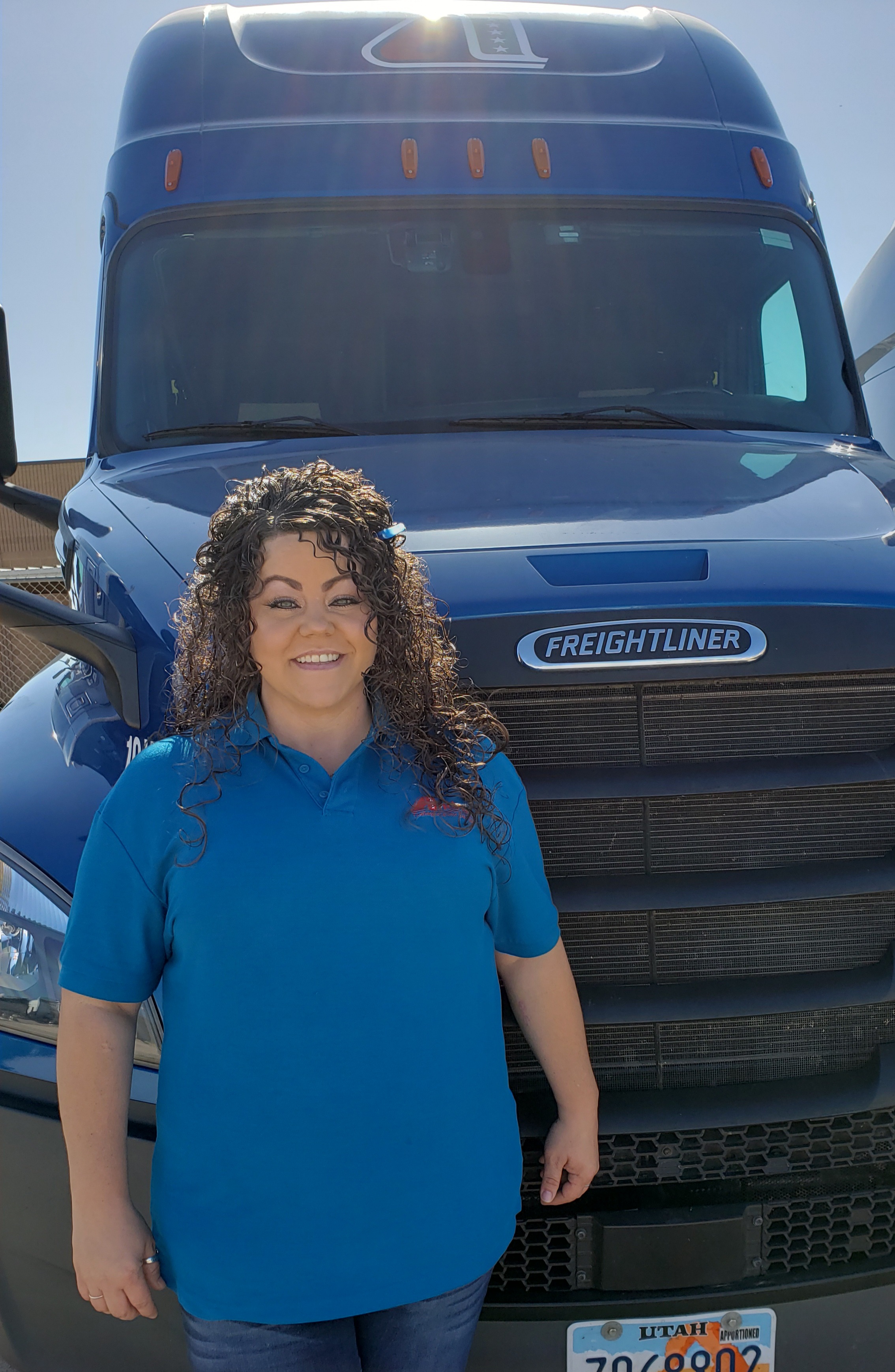 In 1970, Jim Andrus and his wife, Mary, established a trucking business in Mesquite, Nevada. Jim bought an old truck containing a crushed-in cab with an engine that worked. As the business grew, Jim added a few more trucks and began hauling hay cubes to California in addition to a separate fertilizer business. Jim then built an office under the carport of his house and launched a crew of dispatchers, customer service representatives, and accounting personnel. The business quickly grew to about 17 employees. Eventually the office became so overcrowded that Andrus Transportation moved to a larger yard for the trucks to park. A trailer was brought onto the property to house the office staff and a shop was built to repair the growing fleet of Andrus trucks on site.

In 1986, Jim’s brother, Bill Andrus, who had been driving truck for many years, became a business partner. In 1988 Andrus Transportation moved the corporate office from Mesquite to St. George, Utah and a repair shop was established a few miles away. Although the business began by providing local produce service, Andrus Transportation Services now delivers Western Regional van freight, regional deliveries in and out of the Dallas Fort Worth area, and Flatbed. Headquartered in St. George, UT, Andrus has additional terminals located in Fontana CA, Dallas TX, and Salt Lake City, UT with drop yards in Phoenix, Las Vegas, Denver, Northern CA, Reno, Portland, and Seattle.

While licensed in all 48 states, Andrus Transportation Services primarily operates in the 11-western states. The company keeps pace with the latest technological industry advancements including Qualcomm communication and tracking devices in every tractor and GPS tracking devices on its trailers with 24/7 operations personnel. 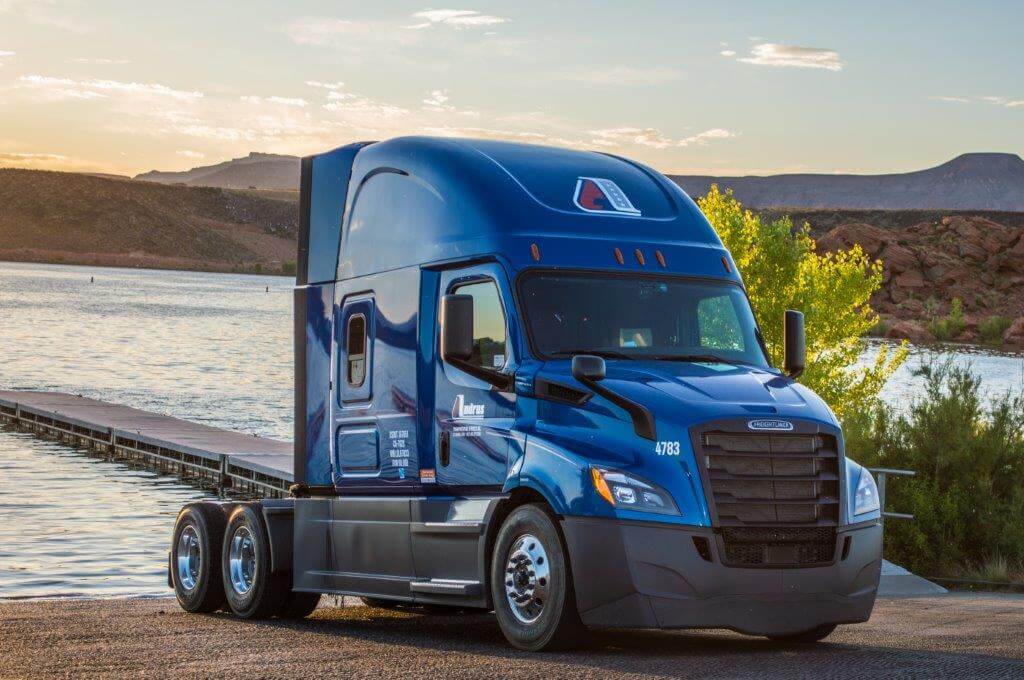 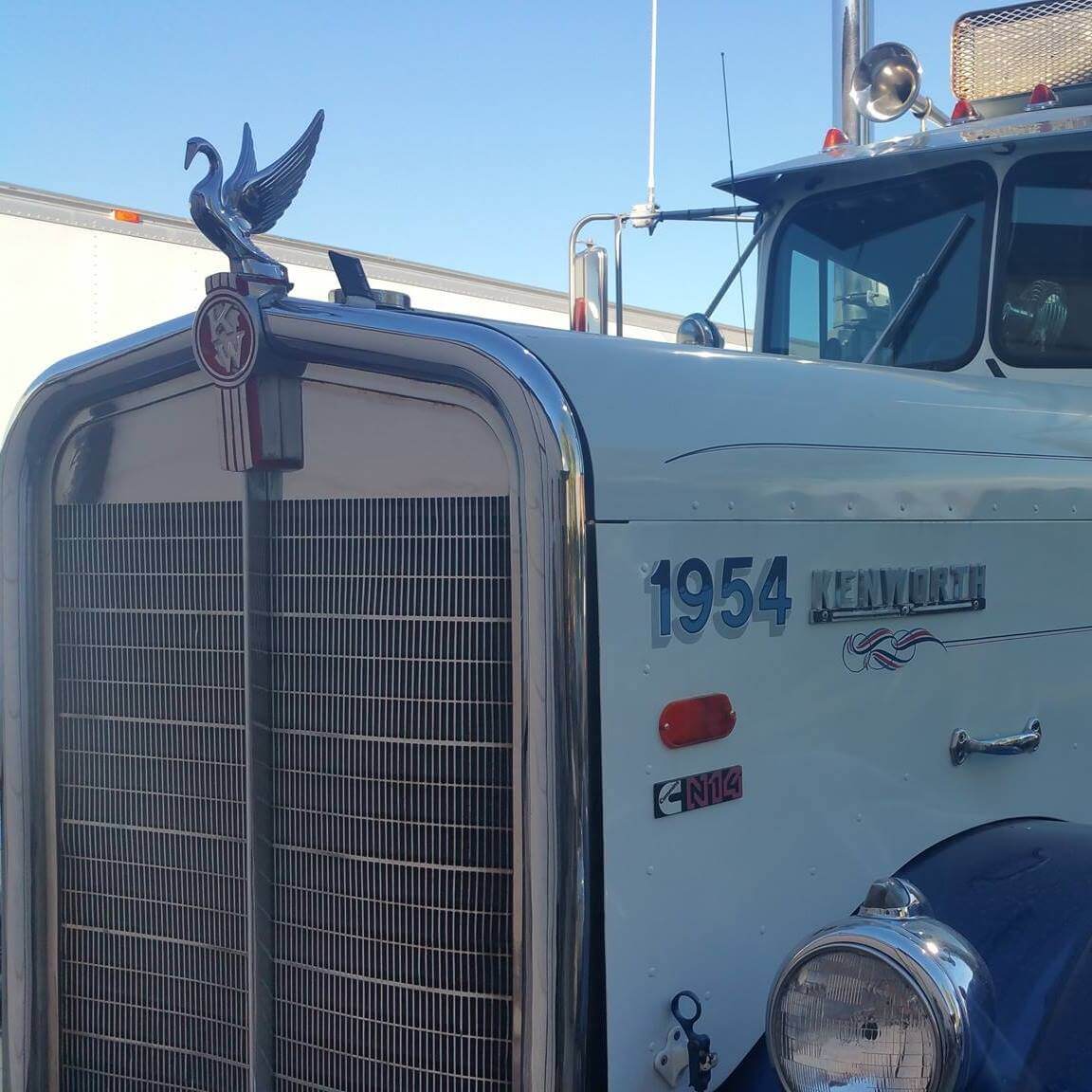 A NEW ERA AT ANDRUS TRANSPORTATION

In October 2010, James R. Andrus, Jim and Mary’s son, was promoted to President of Andrus Transportation. Jim was raised in the business and has held many key positions of responsibility over the years. These positions and responsibilities prepared him exceptionally well for his role as President.

Tav Andrus (one of Bill and Cloella’s sons) was promoted to Vice President of Maintenance at the same time. Tav also came up through the business and worked closely with his dad, Bill, in overseeing Andrus maintenance. Tav is now responsible for all Andrus maintenance shops and personnel.

Jim Sr. and Mary are enjoying their well-earned retirement and are actively involved in their community and church.

this is just the tip of the Iceberg...

with what you will receive working at Andrus! 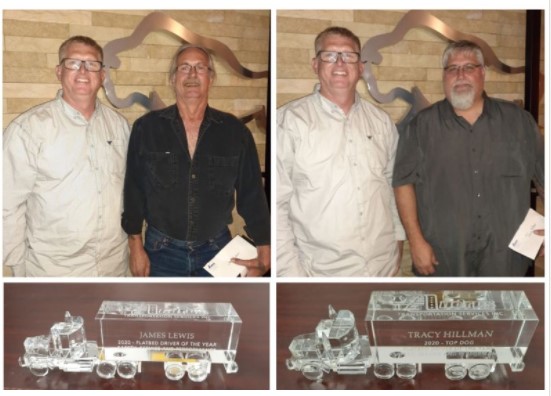 President Jimmy Andrus and Drivers at an Andrus Awards Banquet!

The first thing you'll get here is better Quality of Life. PERIOD!

Here at Andrus, our team is dedicated to maintaining and bettering your quality of life both on and off the road.

We are a family-owned business that has been growing for over 50 years and to 350 trucks strong...

We love our drivers and strive to get to know each one on a personal as well as professional level.

We know that our drivers work hard and deserve to have quality time at home and it is our greatest desire to be a part of making that happen. 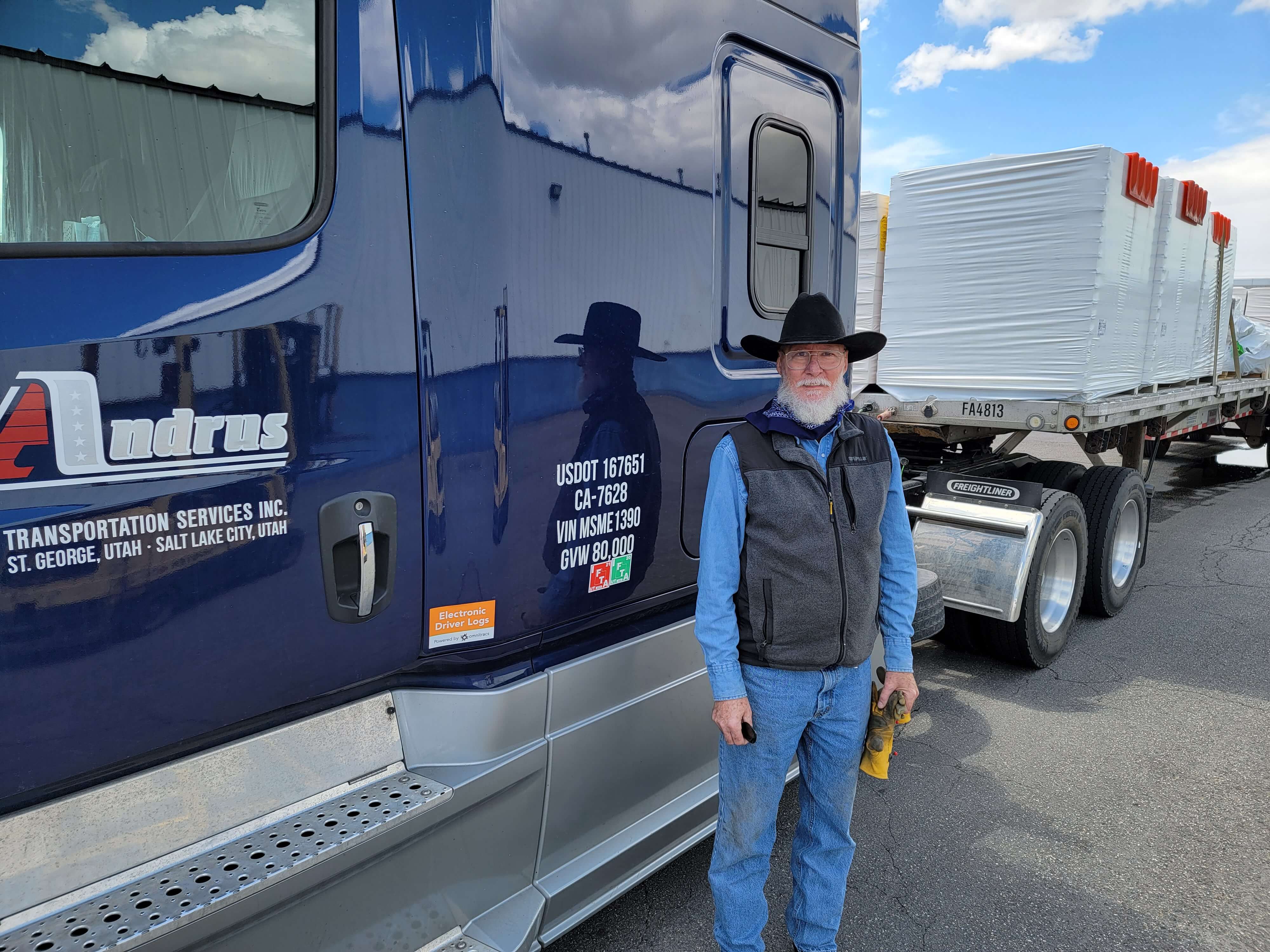 We believe we have a great compensation package starting with our Generous Sign-on bonus, Orientation Pay, Weekly pay whether you are paid by the hour or by the mile.

We have several bonus programs which include mileage, idle, and longevity. That's right we pay you 0.02 per mile quarterly after your first year.

We know that there are many companies out there competing for our drivers because they are some of the best!

We also know that driver longevity is a major player in your overall pay and experience at a company so we pay you to stay. 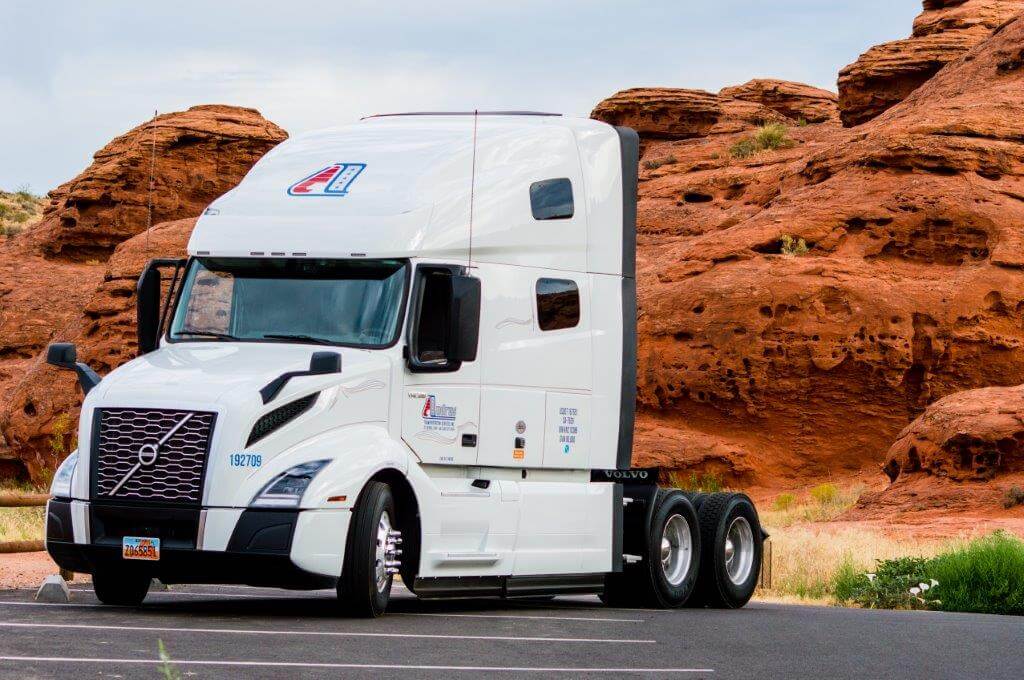 Eye Catching Equipment, you are always looking the best!

The equipment here at Andrus is state-of-the-art. When you are on the road, your truck is your home. 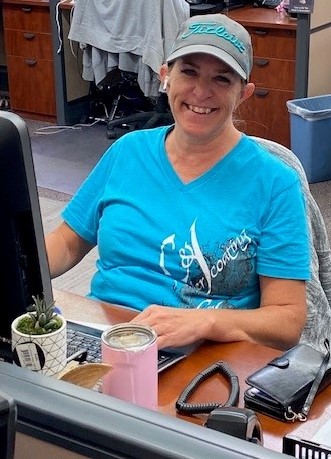 Barb is one of our best Driver Managers,

She is happy to help you reach your Goals!

Andrus has Heart and we are here to help you every step of the way! 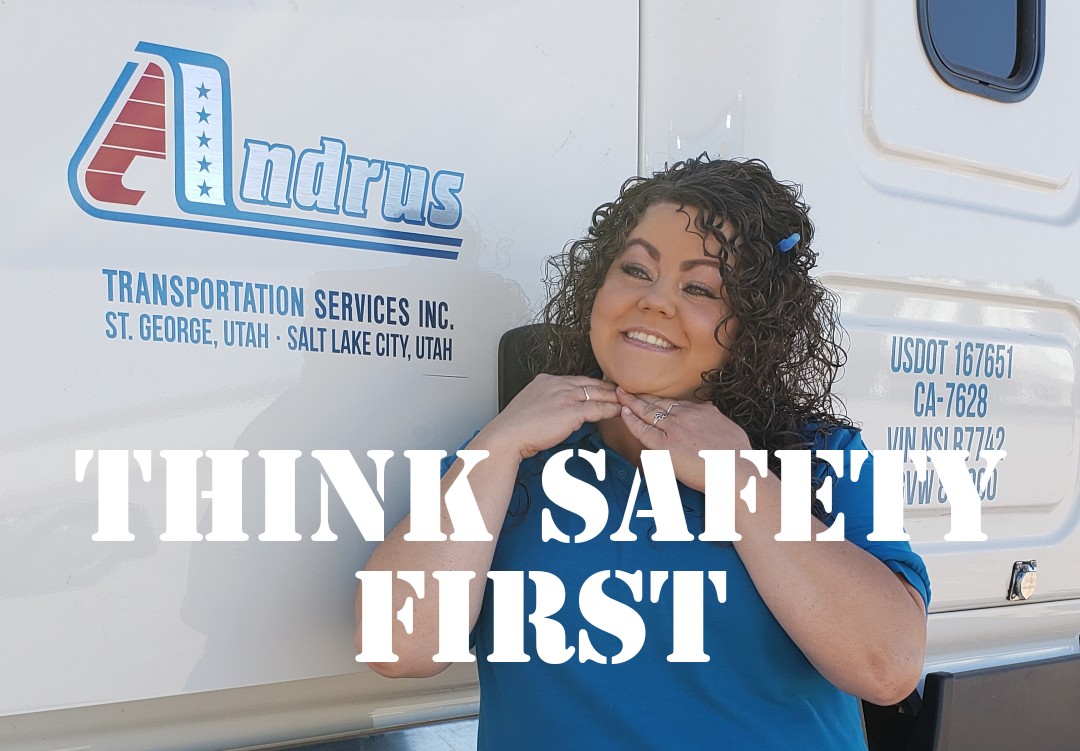 We are dedicated to Safety! 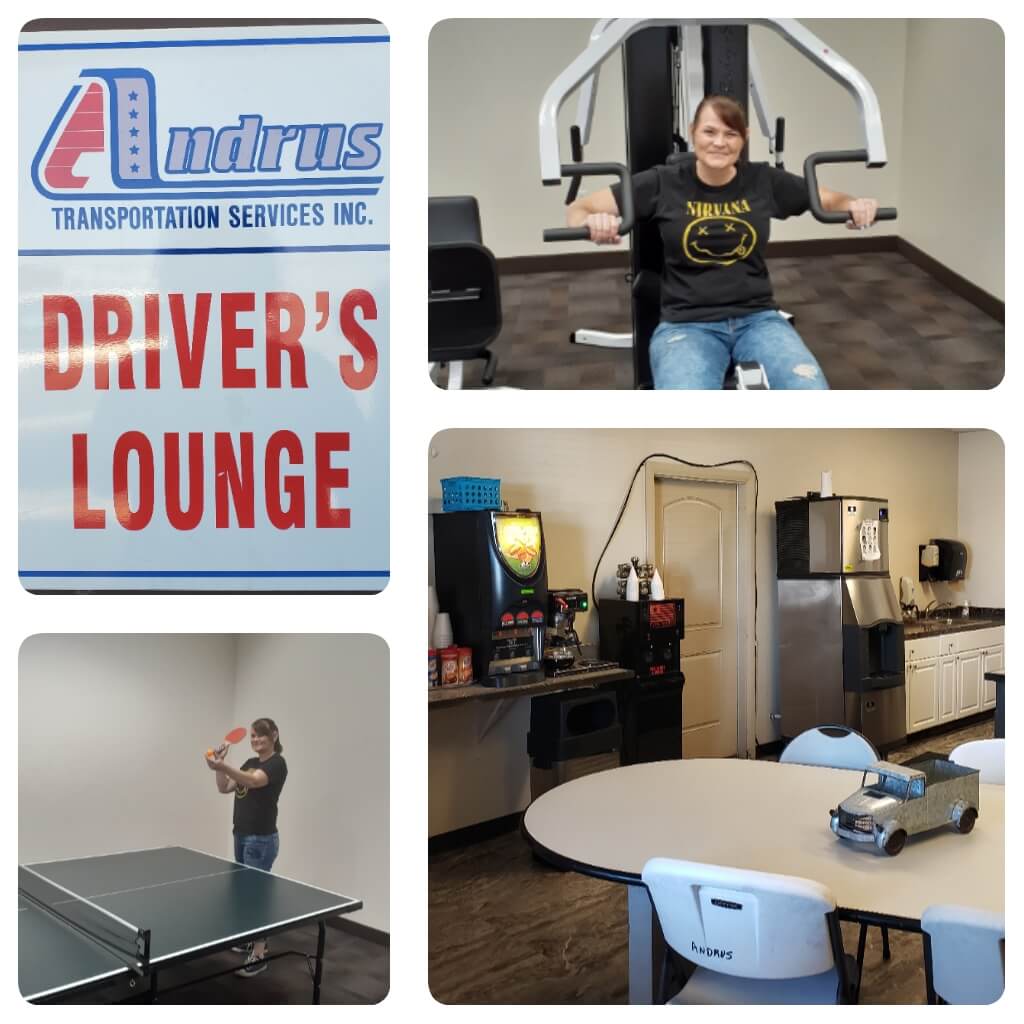 Convenience at each terminal so you always have the support you need....

You can choose what you love more… 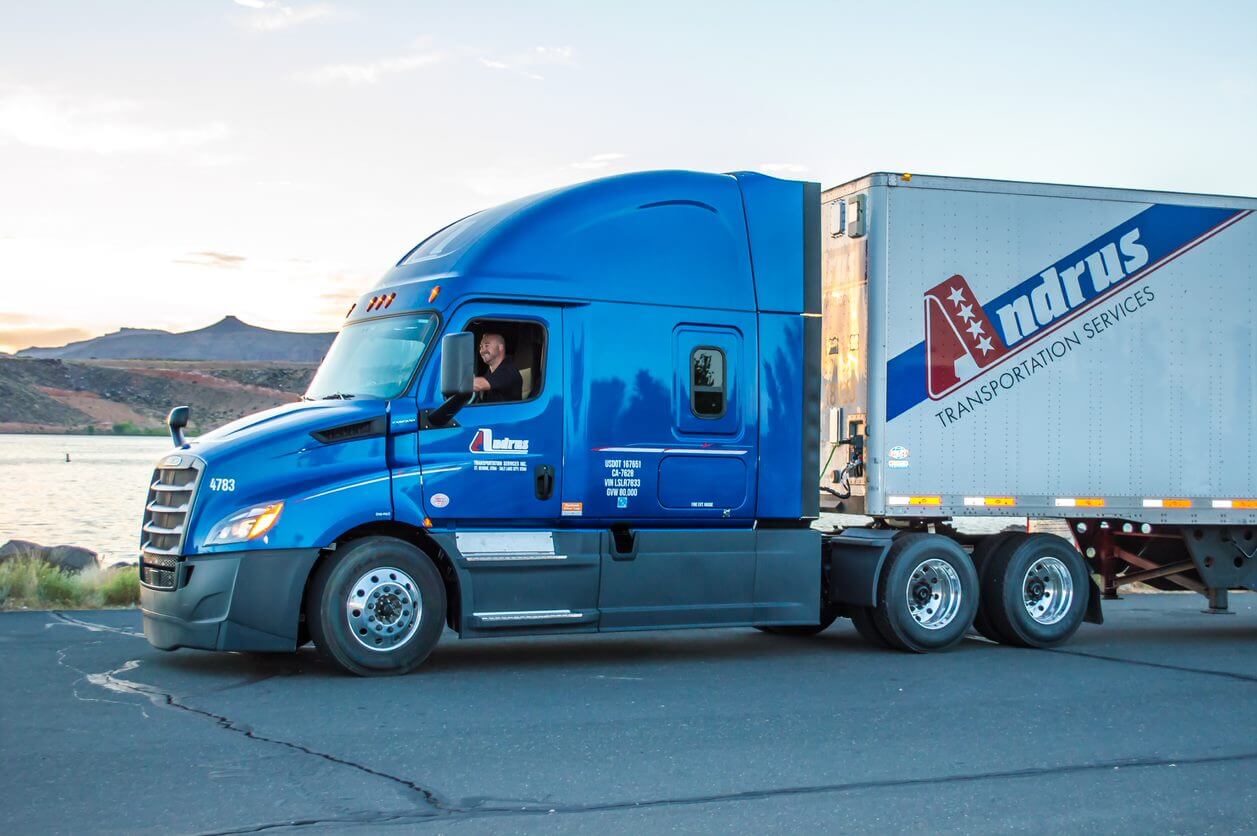 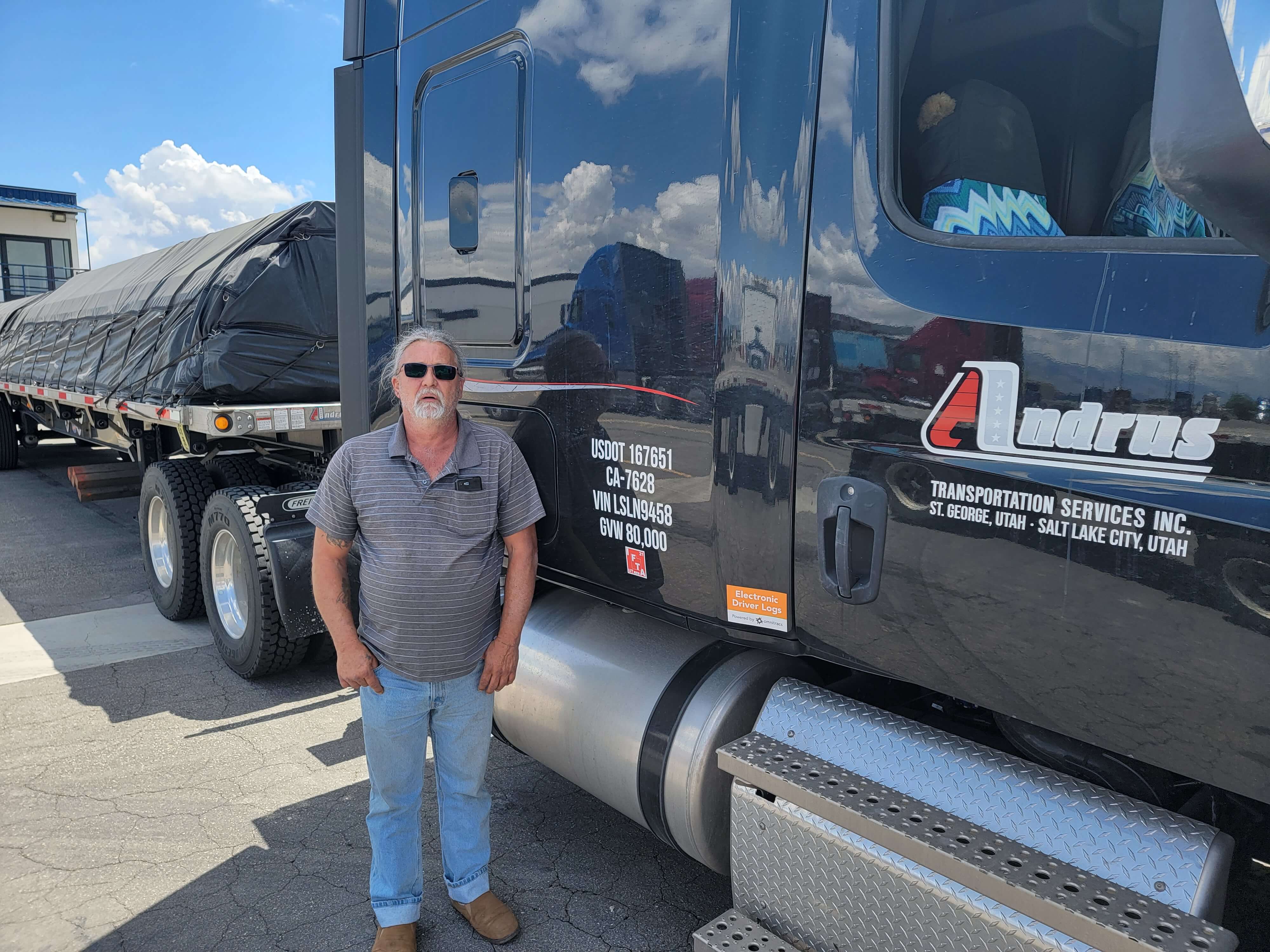 Yes I want to Drive for the Best in the West:

Simply Click the Red Button Below to Start Your Application!

Listen to what our Drivers have to say...

Learning from the Best!

You heard it, family oriented, as many miles as you want, and pay is great!

We run as much as we want to!

Consistency is key and treated with respect! 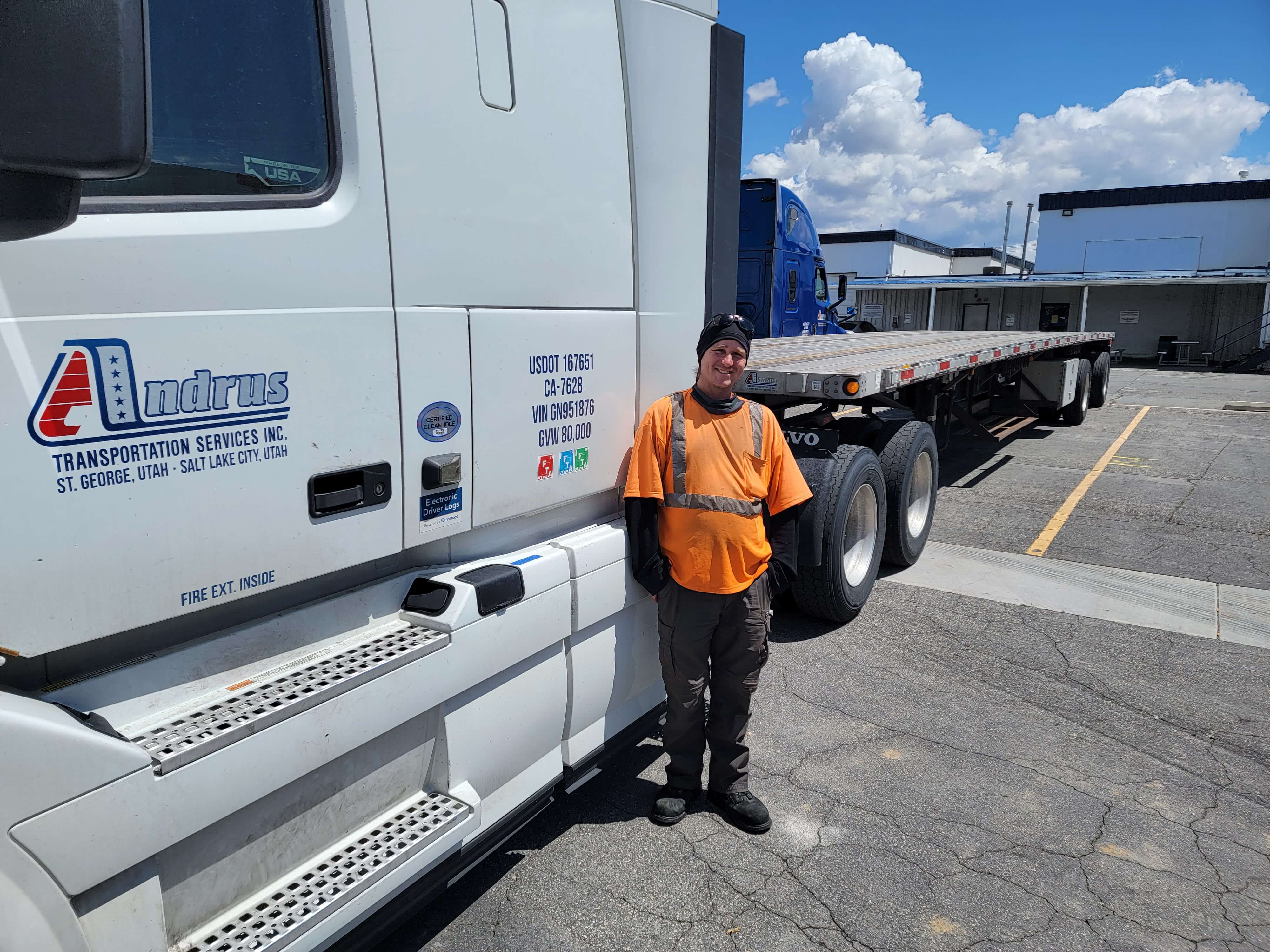 A company who cares, AND understands what drivers need.

Thank you for stopping by our page today and learning a little bit more about Andrus and our open dry van and flatbed truck driving jobs.

Remember, this is where all Roads Lead Home.

We want to Welcome you Home!